He may not save bookstores, but he’ll have fewer bootlegged copies swarming the internet.

By JEFFREY A. TRACHTENBERG

Don’t expect to see an e-book edition any time soon of Stephen King’s new novel, “Joyland,” which will be published next month.

Digital books pioneer Stephen King is holding onto the e-book rights to his upcoming novel “Joyland” in hopes of driving people to bookstores. Jeffrey Trachtenberg reports on Lunch Break.

Mr. King, an e-book pioneer, held on to the novel’s digital rights in hopes of spurring his fans to buy the print edition in bookstores. He said it is unclear when he will make the coming-of-age tale available digitally. 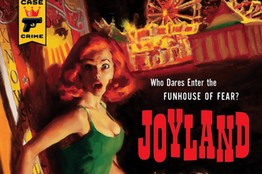 “I have no plans for a digital version,” Mr. King said. “Maybe at some point, but in the meantime, let people stir their sticks and go to an actual bookstore rather than a digital one.”