In reality the menu was fictitious, created by the crew as a humorous version of an Antarctic feast (Image: Golding Young & Mawer) 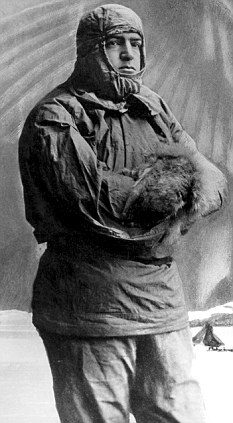 Shackleton’s secret lover: Polar explorer was so smitten he named a mountain after her

Shackleton’s secret lover: Polar explorer was so smitten he named a mountain after her

It doesn’t get much more romantic than this:

He was a fearless polar explorer, undaunted by anything nature could throw at him.

But beneath his rugged exterior, it seems Sir Ernest Shackleton was a sensitive soul haunted by the memory of a secret sweetheart.