5 Online Privacy Intrusions You Don’t Know About, and Should | PCWorld

Ebooks Know What Kind of Reader You Are

In the digital age, your reading habits are an open book to companies like Amazon, Barnes & Noble, and Apple. As The Wall Street Journal reports, ebook sellers can easily track reading data—data such as how long you spend reading, how far you get in a book, what text you search for, and what you read next. Not all companies are open about what they collect, but Barnes & Noble’s vice president of ebooks, Jim Hilt, confirmed to the Journal that the bookseller is “in the earliest stages of deep analytics,” and uses the data to determine which books to sell on its Nook ebook reader products.

There’s no evidence that booksellers use reading data for nefarious purposes, such as sharing your habits with marketers or government agencies. The bigger concern, for the moment, is that authors and publishers may tailor the content they create or publish to sync with the reading tastes of the mainstream, which would discourage creative risk-taking and diminish the variety of available content.

What You Can Do: If you’re uncomfortable having your reading habits collected, your only option is to shut off your device’s Internet connection whenever you’re about to open an ebook.

If you were attacked by pirates, who would you want by your side? A loyal horde of head bangers, gangstas and hard-core punks? Or a brainy clutch of bookish types? I’d generally advise you to go with the former group. But it turns out that in the swashbuckling arena of digital piracy, the publishing world is acquitting itself far better than the brash music industry. 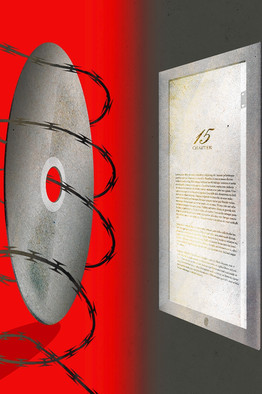 Exciting hardware and a critical mass of titles were integrated into an elegant e-book package that piracy has never matched.

Ten years ago this Sunday, the record labels thought they had turned the tide against piracy when the wildly popular Napster—a service that allowed anyone to find and download recordings online—declared bankruptcy. At the time, annual American music sales had dropped by about $2 billion, having peaked at $14.5 billion in 1999. The labels blamed Napster, claiming that the company encouraged copyright infringement. Sales have since declined by a further $5.5 billion—for a total plunge of over 50%.

The book business is now further into its own digital history than music was when Napster died. Both histories began when digital media became portable. For music, that was 1999, when the record labels ended a failing legal campaign to ban MP3 players. For books, it came with the 2007 launch of the Kindle.

Publishing has gotten off to a much better start. Both industries saw a roughly 20% drop in physical sales four years after their respective digital kickoffs. But e-book sales have largely made up the shortfall in publishing—unlike digital music sales, which stayed stubbornly close to zero for years.

Folks, that’s a lot of eBooks.

I’m sure they’ll be reading the textbooks at all times.