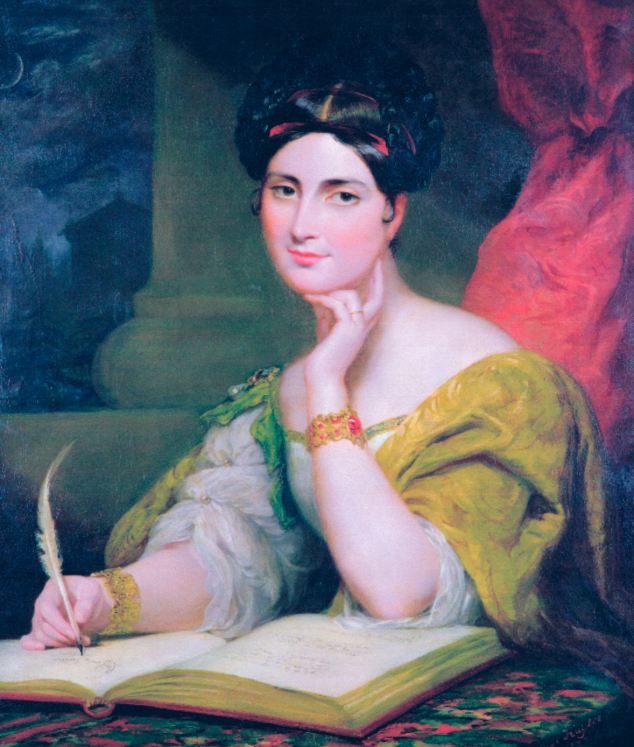 Undaunted: Portrait of Caroline Norton, oil on canvas, by Sir George Hayter in 1835

This is a story worth reading. It sucked to be female back in the day. Here’s a woman who did something about it in a heartbreaking yet powerful way.

Juliette Gordon Low (1860-1927) was the first leader and founder of Girl Scouts. Juliette was also a very talented artist, and created many paintings and sculptures throughout her life. She founded the Girl Scouts of the USA in 1912.

“On returning to America in 1912, Juliette placed her historic telephone call to her cousin, Nina Anderson Pape: ‘Come right over! I’ve got something for the girls of Savannah, and all of America, and all the world, and we’re going to start it tonight!’” – Wikipedia

I didn’t know there were Tuskegee AirWOMEN! And yet, it took me seconds on Google to find THIS eye-opening article.

Herbert Carter, 94, one of the original 33 Tuskegee Airmen pilots, holds a portrait of his wife, Mildred Hemmon Carter, in her flight uniform. She was the first black female pilot in Alabama and is counted among the history-making Tuskegee Airmen, too. He eventually rose to the rank of lieutenant colonel. Married nearly 70 years, the two were known as Tuskegee’s “first couple.”

I love every single thing about this.